Review: Let The Nightmares Begin – Threads Remastered is Coming to DVD This Month

Many of you may remember this blog post I wrote on January 1st this year about “Threads”, the BBC docu-drama that terrified the UK when it was first broadcast in 1984. Set in the backdrop of the industrial north in Sheffield, Threads is arguably more terrifying than any horror film that has ever been made before it or since. Why, you might ask? Because it shows the full horror of a nuclear attack in the UK, the grisly aftermath, and the futility of life after the bomb drops. Nothing is censored, and nothing is sugar coated. I suspect that what was shown was only the tip of the iceberg with the full horror of nuclear war being much worse than depicted in “Threads”, that is, if there are indeed any survivors at all. 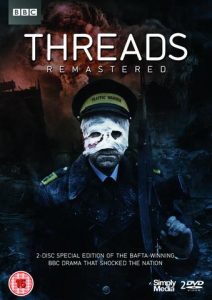 “Threads” was described by The Guardian as “the most honest and terrifying portrayal of nuclear war ever filmed” when it was first released. My first encounter with it was at school where the TV/video trolley was wheeled into one of our assemblies one morning and the whole year in the school hall was made to watch “Threads” in all its graphic glory. Such was the impact that “Threads” had on me at school that once the nightmares subsided a little, and I was able to fully take in what I had seen, I became very interested in nuclear war and was terrified that the bomb was about to drop any moment. The UK was in the full grip of the Cold War, and it seemed that Russia was a force to be reckoned with, and if I was old enough to join the Campaign for Nuclear Disarmament (CND) and if I had been able to join in the protest march on Greenham Common in the early 1980’s, I would have for sure.

Despite having not seen it for years since that first encounter in the school assembly hall, “Threads” stuck in my mind. The build up to the war, the young couple embarking on a new life as a married couple and as parents when they discover she is pregnant and arrange to marry (played by Reece Dinsdale and Karen Meagher), the “attack warning red” sirens, the first silo exploding high above the north sea, the bomb exploding, the ensuing chaos, people burning, buildings exploding and life as we know it crumbles and dies into a bleak, dark and futile existence for the few who survive the attack. In the late 1990’s, just when DVD’s were beginning to come to the forefront I managed to find “Threads” and purchased it on DVD.

I was amazed at how much of it I remembered, but the DVD was grainy and showed its age. To this day I still have that original DVD, although thanks to the arrival of the internet “Threads” has appeared on YouTube and Vimeo over the years on and off, allowing me to watch it whenever I had a few spare minutes – although I could never stomach the scenes where the two families in the film are suffering from radiation sickness.

However, thanks to Simply Media TV, “Threads” is now available via a new release DVD, remastered and restored, and will be available to buy on Monday 9 April 2018 (although it can be pre-ordered now). What’s more, this brand new 2-disc release comes jam packed with new special features including: 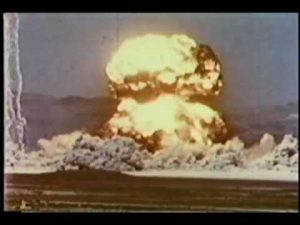 As well as the full film with commentary and showing every gruesome detail in 2k the new special features are a welcome addition to this DVD release, especially for someone who has a huge interest in all things nuclear war like me. From listening to Karen Meagher talk about how she never expected “Threads” to get the response it did in her wildest dreams to film historian Stephen Thrower talking about how “Threads” tapped into the angst in the UK at the time about nuclear war, these short documentaries delve into the making of “Threads”, casting the characters and how it was received in the media when it was first released.

I said in my last review about “Threads” that all the world leaders should be locked in a room and made to watch it from start to finish, especially Donald Trump and Kim Jon Ung. I would also include Vladamir Putin in this who has just be re-elected for another term as President of the Russian Federation, given the chemical nerve agent attack that took place in Salisbury here in the UK recently. Not to mention the incident in Hawaii in January this year when a missile threat was released to the entire population which turned out to be a false alarm  – https://edition.cnn.com/2018/01/13/politics/hawaii-missile-threat-false-alarm/index.html. Although this may have been a false alarm, the dread that ensued was not.

Not since the 1980’s has there been such anxiety about at nuclear war in the UK, with the threat being all too real when watching “Threads”. I hope to God that it will not happen, and that humans will have the common sense and foresight to realise that even if just one nuclear bomb is detonated, it will change the world forever.

“Threads Remastered” is available to pre-order now here – https://www.simplyhe.com/products/threads-special-edition-uk-exclusive-remastered-edition, and anyone reading this blog or who visits my website can get 10% off when purchasing it or any other purchases on the site. Visit – https://www.simplyhe.com/products/threads-special-edition-uk-exclusive-remastered-edition and simply enter GEEKGIRL10 at the checkout when making your purchase.

“Threads Remastered” will be released on Monday 9 April 2018.

What do you think of the timing of this re-release of “Threads”? Do you think it is as important today as it was when it was released? What are your memories of it? I would love to hear from you – please leave a comment on this blog or email me via hello@cybergeekgirl.co.uk. 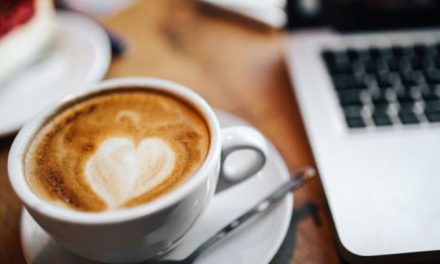 Finding The Balance: Loving Your Lifestyle and Becoming Business Minded 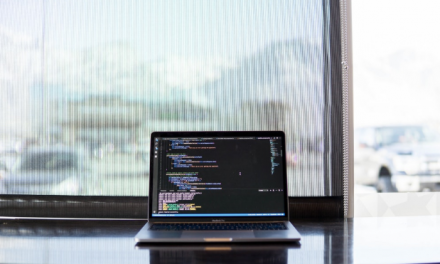 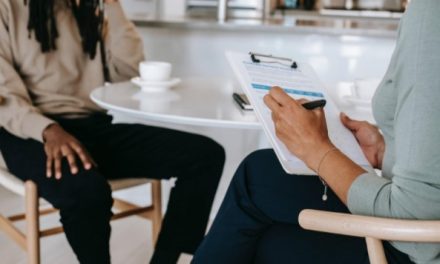 How Can Your Small Business Find the Best Staff? 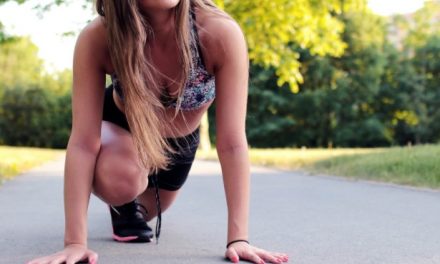