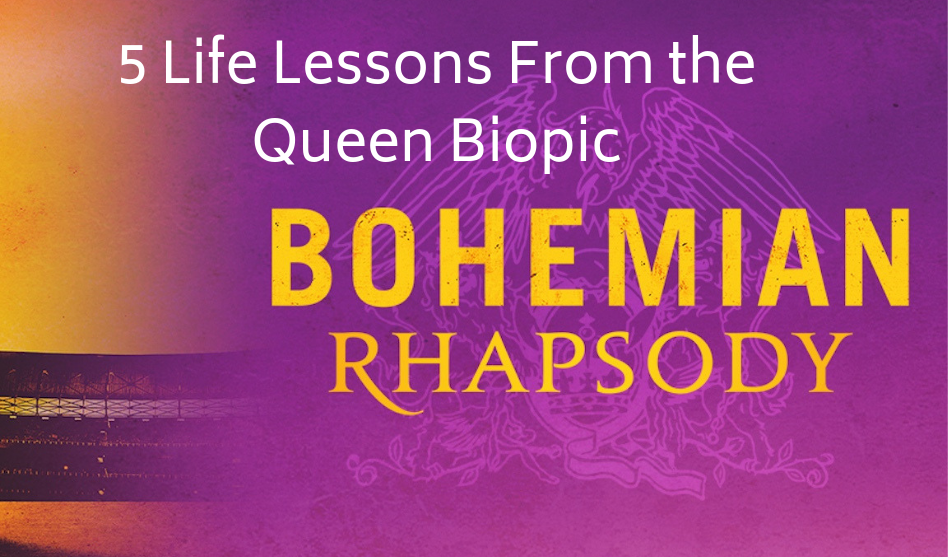 Regular readers and followers of my blog will know how much I love the band Queen, how much I love Freddie Mercury and how many times I saw “Bohemian Rhapsody” at the cinema when it was released last year. Since it was released on digital download, DVD and Blu-Ray earlier this year I have lost count of the amount of times I’ve watched the film in total. Rami Malek does an incredible job at bringing Freddie Mercury to life, as do the rest of the cast, and the awards and “Best Actor” Oscar he won for portraying Freddie was well deserved.

The other day while watching “Bohemian Rhapsody” for the umpteenth time, with my husband gritting his teeth at it being on our TV yet again, I realised that there are quite a few life lessons contained within it. Whether you like Queen and Freddie Mercury or not, I’ve identified these things from the film that could help us all live a happier and more fulfilled life: 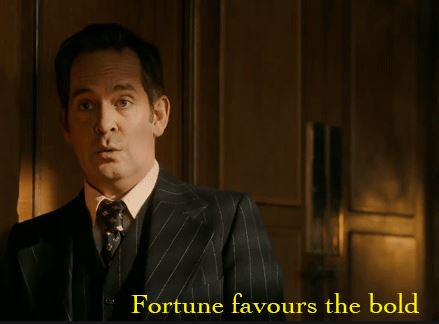 In one scene in the film, Freddie and the rest of the members of Queen are in a meeting with their manager, lawyer and Ray Foster, an executive from EMI Records. Ray wants the band to come up with another album like “Sheer Heart Attack” and single like “Killer Queen”. “Formulas are good,” he says. “I Like Formulas”.

Freddie however has ideas of making the band’s next album a “musical masterpiece” based heavily around opera. “No. Don’t misunderstand, darling. It’s a rock ‘n’ roll record, with the scale of opera, the pathos of Greek tragedy, the wit of Shakespeare, the unbridled joy of musical theatre. It’s a musical experience rather than just another record. Something for everyone. Something – something that will make people feel belongs to them. We’ll mix genres. We’ll cross boundaries. We’ll – we’ll speak in bloody tongues, if we want to,” he says excitedly.

Everyone else is less than impressed, except for their future manager Jim “Miami” Beach, who when asked what he thinks replies, “Fortune favours the bold.”

Sometimes in life it pays to be bold and do things that are different, out of the ordinary, that are innovative and that will change things for the better. It is also good to challenge the status quo and do things that are different. If you do things in the same way, you will get the same results. By mixing things up and trying different things, you stand a chance of changing the world and being successful as a result. This is exactly what happened to Queen when they wrote “Bohemian Rhapsody” and released their “A Night At The Opera” album in 1975. 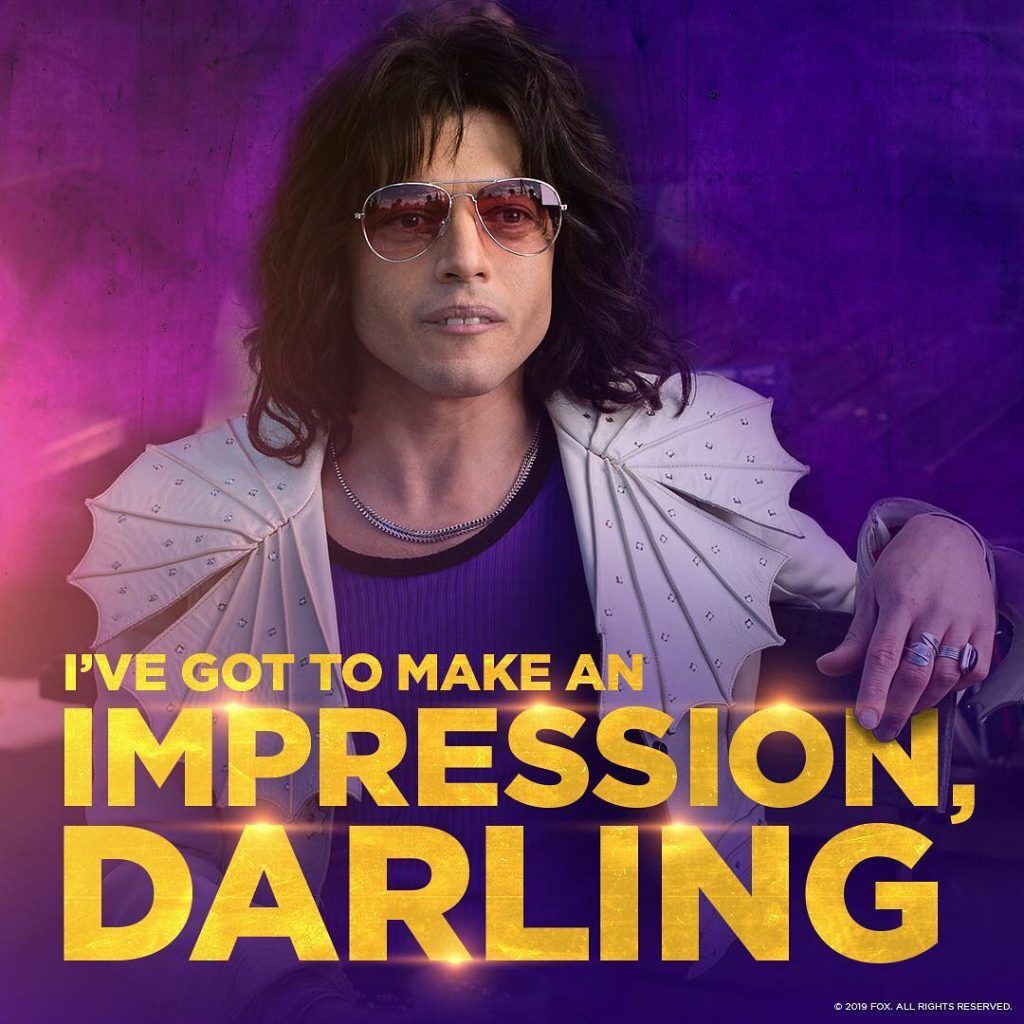 In another scene in the film, Freddie joins the rest of the band before they meet their new manager John Reid for the first time.  Freddie is wearing a white scalloped jacket, shades and skin tight trousers, and he walks into the venue as if he owns it. “Wow,” says Brian May while looking incredulous. “I didn’t realise it was fancy dress Fred! You look like an angry lizard!”

“I’ve got to make an impression, darling,” replies Freddie.

This is another life lesson that comes through in the course of the film. It is okay to be different and to stand out from the crowd. We are not all the same, we are unique, and we should celebrate that uniqueness. Freddie knew he was different, that he was unique, and he played up to this rather than fighting against it. He always knew how to make an impression, and he did make an impression wherever he went.

Life Lesson 3 – We should all take more risks 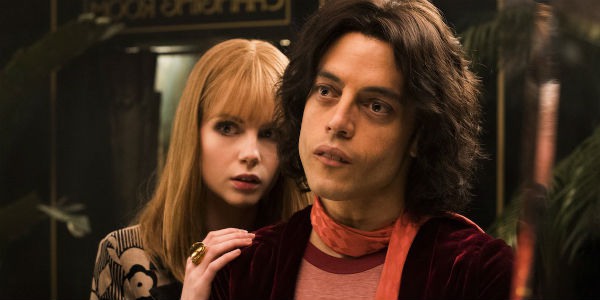 While trying on clothes in Biba, Freddie is joined by his future girlfriend and fiancée Mary Austin. “Are you even allowed to be in here?” he asks. “No not really,” she says, and then proceeds to see what he will look like with some eyeshadow and eyeliner on.

“You have such an exotic look,” she says. “We should take more risks.”

This these runs through the film constantly. Queen as a band took a huge risk with releasing “Bohemian Rhapsody” as a single, as at the time in 1975 all the radio stations would not play any records that were more than 3 minutes long. With “Bohemian Rhapsody” clocking in at 6 minutes, they knew they had a battle on their hands to get it played on the radio. Enter one Kenny Everett, who played it a few times on his show on Capital Radio, and the rest is history. “Bohemian Rhapsody” spent an impressive 9 weeks at number 1, breaking every record imaginable and was even number one again for a second time after Freddie died.

Taking risks moves humans forward. Nothing can change, develop or grow without them. But taking risks often feels, well, quite risky. We stay in our comfort zones, or we keep doing the same things just because “they’ve always been done that way.”  But if we learn to take more risks, especially calculated ones, we really can change the world and move things forward – for the better. 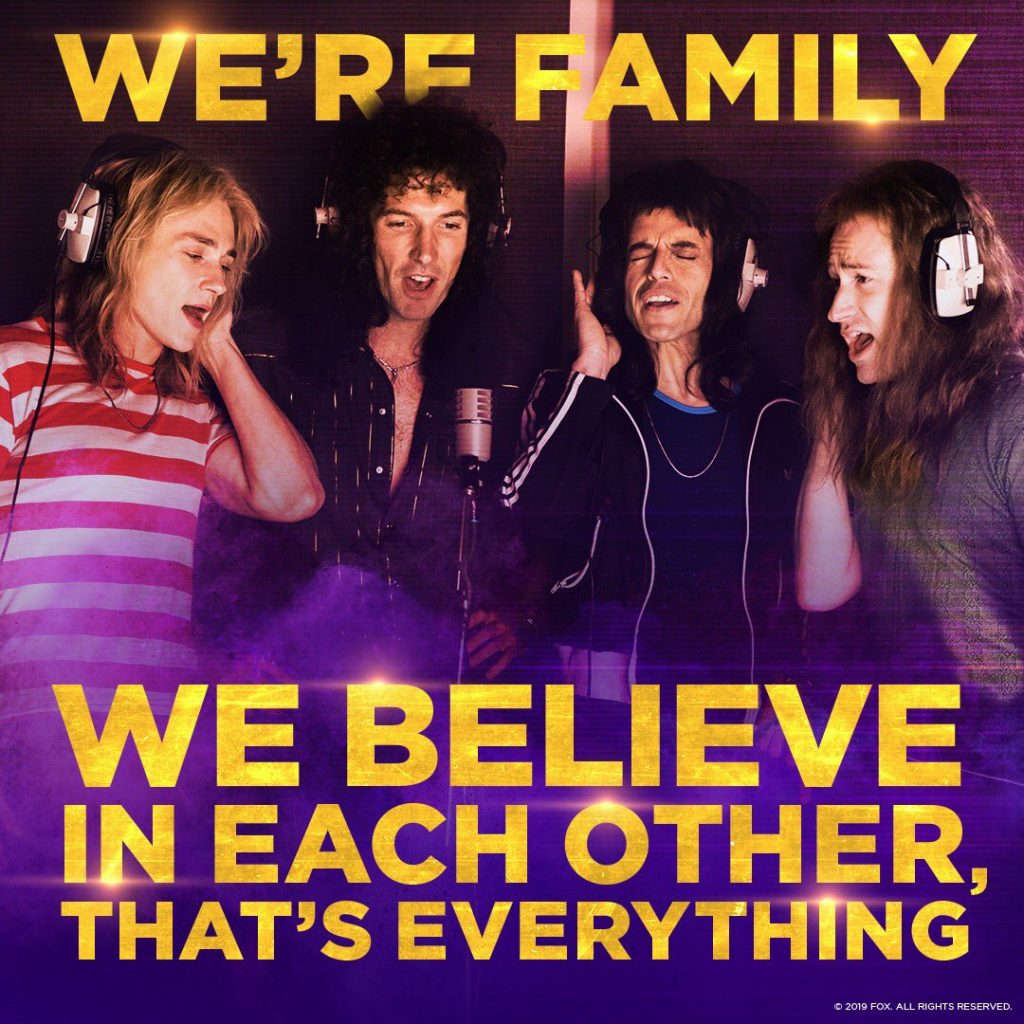 Just before Queen’s infamous Live Aid concert Freddie makes contact with the rest of the band to talk about returning to Queen and picking up where they left off having spent some time in Munich writing his solo album “Mr Bad Guy”, which was a flop compared to much of what he had done with Queen.

While apologising to the rest of the band and saying that while he got what he wanted when making “Mr Bad Guy”, it wasn’t the same as Brian’s ridiculous rewrites, John’s looks or Roger’s sniping at him. He missed all that and said, “We’re family.”

Families are often very complicated things, but when all else fails, quite often they will always be there. We tend to lose the balance between work and family, with work often coming before anything else, and then when the work isn’t there it is too late and quite often the family has gone or moved on. If you are lucky enough to have a good family, treasure them, for they are everything.

Life Lesson 5 – Not with those teeth mate! 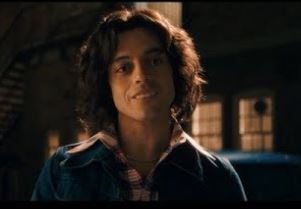 At the start of the film, original lead singer Tim Staffle quits to join a band called Humpy Bong. Just after this event, Freddie joins Brian and Roger and offers to replace Tim as the lead singer of the band.

Freddie then does an impromptu audition of the song “Doin’ Alright”

“I was born with 4 additional incisors. More space in my mouth means more range,” says Freddie. “I’ll consider your offer.”

We all have things about us and our looks that we don’t like, but Freddie famously channelled his overbite into something positive with the additional vocal range he had. If we have something about ourselves that we don’t like, we should try to find something positive about it and embrace it, just like Freddie did. Freddie was not the “classic” good looking band frontman, but he still embraced his unique looks and had a stage presence and charisma that no other lead singer matched, and no-one has matched Freddie to this day. We are all unique, and we should celebrate the things that make us unique and embrace them. 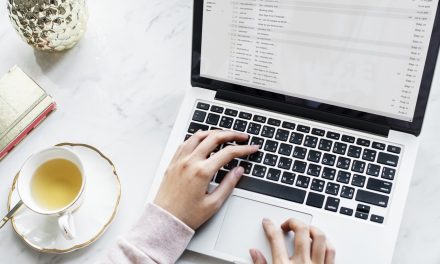 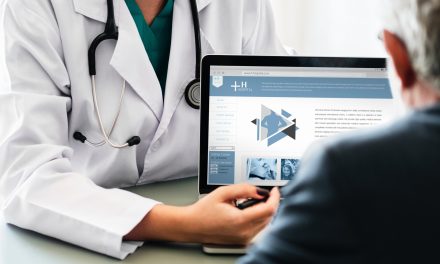 Infographic: The Use of Mobile Devices in Healthcare 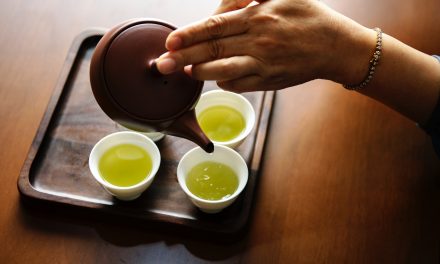 Infographic: All About Green Tea 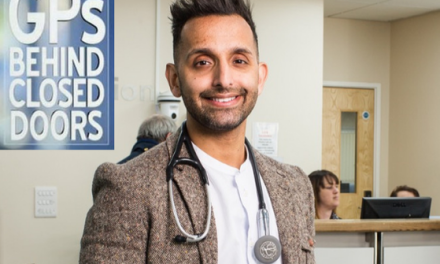