As many of you know I have a gorgeous German Shepherd/Husky cross dog called Poppy who is my entire world. I rescued her from Danemere Animal Rescue on July 4th 2015, 3 weeks after I lost my beloved German Shepherd Curley to old age when she was 12, and while I wasn’t looking to rescue another dog so soon, I think it is fair to say that Poppy has rescued me! She was around 15-18 months when I had her, and she was surrendered to Danemere as her previous owner was a single mother with a son who was diagnosed with severe disabilities, and she couldn’t cope with Poppy and looking after her son.  As Danemere didn’t have her original paperwork I don’t know her actual birthday.

Poppy is the fourth dog I rescued, and back when I had my first German Shepherd Toyah (there is a theme here!) I used to use The Gables Veterinary Practice in Bromyard Road in Worcester, run by Robin Walker who was a leading dog behaviourist and psychologist, not to mention an amazing vet. Robin retired in 2003, sold the practice and it became Severn Vets. However, in the same year I had an experience with Severn Vets, not with my dogs but with my parent’s beloved dog Ginny, that led me to moving my dogs away from there and registering them with The Stocks, which had not long opened in Lower Wick, Worcester.

Ginny was almost 12 and had lost the use of her back legs, and the time had come for my parents to make the decision to end her suffering. My mum agonized over this decision for a while, but when she finally realized that it would be best for Ginny she rang Severn Vets and booked a vet to come out to my parent’s house.

The vet from Severn was booked to arrive at my parent’s house at 10am. My Dad was at work and my Mum and I had both booked the day off, so I could be with her when the vet came to do the deed. However, 10am came and went, then 10.30am, and finally at 10.45am with no sign of the vet I rang to see what was going on, only to be told that it was us that was in the wrong and they were expecting us with Ginny at the surgery at 10am and that we had missed out appointment.

I was livid. This was an incredibly distressing time for my Mum, and I calmly pointed out that Ginny had lost the use of her back legs and that we had booked a vet to come to my parents house, with the receptionists reply being that the vet had gone into surgery to spay a bitch and she had no idea what time he could get to my parent’s house.

I had to go home to see to my Toyah and Howie, but on the way back I drove past a sign for The Stocks Vets by the old Bennett’s Dairies, so I let Toyah and Howie out in the garden at home and called The Stocks to see if there was any chance at all that one of their vets could go to my parents house. When I explained what had happened they were horrified and said they could have a vet out to my parent’s house in 20 minutes. I quickly ushered Toyah and Howie back into the house and made it back to my parent’s house at the same time as the vet from The Stocks arrived along with their Veterinary nurse Sylvia, who stayed with them for many years and who I got to know well.

They were patient, understanding and took as long as my Mum needed to say goodbye to Ginny, and helped afterwards with all the post-arrangements.  After this first experience with The Stocks Vets I had no hesitation whatsoever in registering Toyah and Howie with them, and they have been my vets ever since. I would only use another vet surgery now if it was such an emergency that I couldn’t get hold of anyone at The Stocks (although this has never happened) or if I had to be referred for more specialist care, for example if I had a dog that had to be referred to Fitzpatrick referrals.

My Toyah, Howie and Curley were regular patients at The Stocks Vets from that point onwards right up to when I lost Curley in June 2015, and Poppy is a regular patient now. Over the years I have got to know the vets there including Jo (my favourite), Zoe and Claire, and it is rare to come across a vet surgery who really care about the animals they look after and treat. They always have time to talk to me and answer any questions I have, even if they seem daft ones such as how to administer Poppy’s flea and worm treatment! 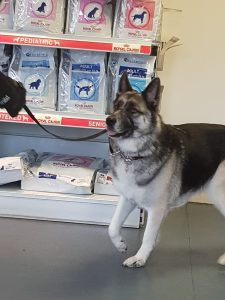 Apart from Poppy’s regular check ups she has only been to The Stocks a handful of times, but last week I took her because she seemed to be limping a bit on her back leg. I saw Jo with her at their Upton surgery and when Jo examined her Poppy cried out as if in pain, so x-rays were recommended to see what was going on and if there was any evidence of anything such as hip dysplacia, as being part German Shepherd, they can be prone to these kinds of problems. I was worried sick and wanted to get her booked in as soon as possible, but I couldn’t get her booked in until February 19.

The next day I was so beside myself I decided to call them and say was there any way that Poppy could be seen sooner, and I was over the moon when they said they could fit her in on February 15 to have her x-rays and tests done.  I was so pleased the tests and x-rays could be done sooner and I would hopefully know what the problem was with Poppy and could deal with it, and I dropped Poppy off on the morning of the 15 at their Upton surgery.

How I got anything done after I dropped her off for her tests I will never know. I couldn’t settle and kept willing the phone to ring with an update of how my precious girl was doing and what the results of her tests were.

Then finally early afternoon Claire, the vet who was looking after Poppy, phoned to say she was okay and waking up from the sedation, and that the x-rays showed no signs of problems with her hips or bones, and that the limp was more likely to be a pulled muscle or strained ligament. The treatment plan was for her to be on short walks of no more than 20 minutes at a time 2 or 3 times a day, Metacam which is an anti-inflammatory medicine to have on her food and as much rest as possible pending a check-up in 2 weeks’ time. She said she would get an orthopedic specialist vet to look at the x-rays and he said the same thing, that he could see no problems with Poppy’s hips or anything other than it being a pulled muscle or strained ligament. Such good news, as I worry about Poppy a lot! As we left, a woman brought in a carrier which had some cats in it, they were really noisy! I overheard the woman say they were stray cats that she had picked up and she was bringing them in to be checked over and to be scanned to see if they had any microchips. Poppy was certainly interested in them, which was a good sign!

I can’t recommend The Stocks Vets enough, nor thank them enough for not only all the care and help they have given me with Poppy, but for all 3 of my dogs over the years. If you have a pet that is ill or who needs treatment the team at The Stocks Vets will do their utmost to help.

Thanks guys for everything you have done over the years for my dogs and for me! I know I can call on you any time if I am worried about Poppy in any way. 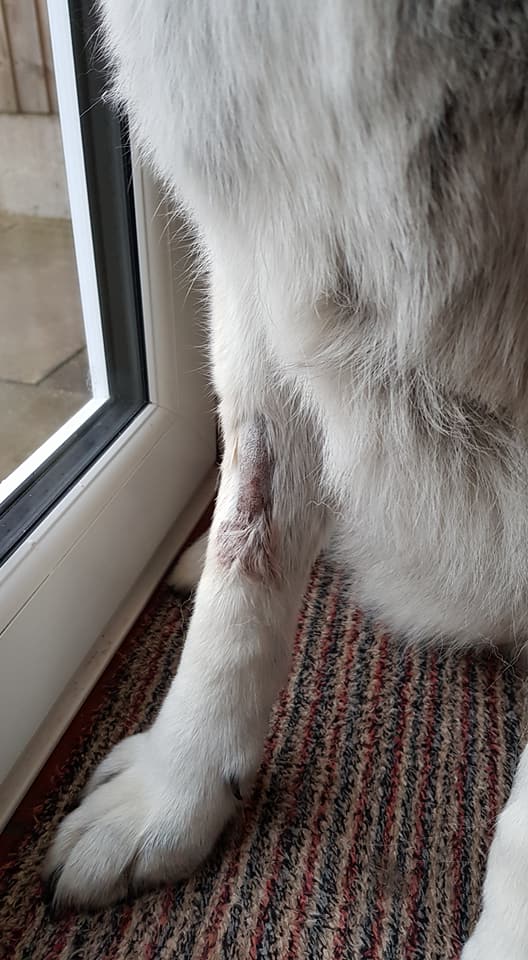 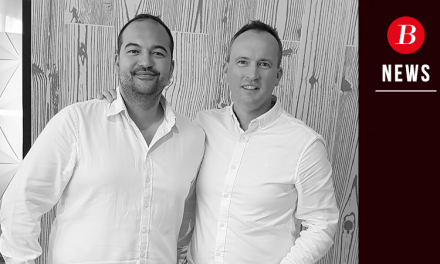 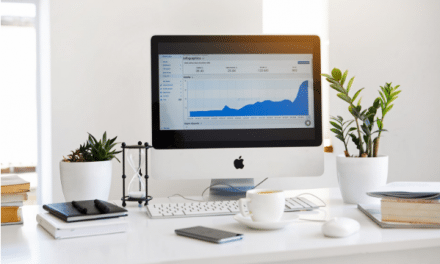 Online Presence is Everything in Business: Here’s How You Can Improve Yours 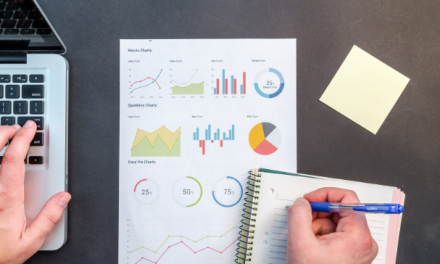 The Essential Tech For Any New Startup 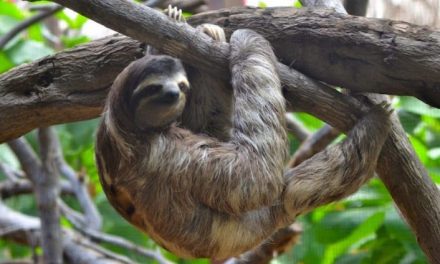 How To Shut Down Your Inner Sloth