Interview: Paul Eccentric of The Antipoet 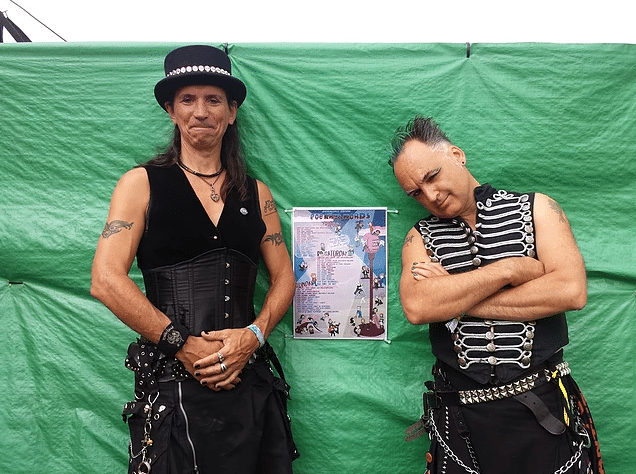 Following on from the review I posted on here of “Does My Bass Look Big In This: The Antipoet – The First Ten Years” I’m  delighted that Paul Eccentric agreed to give an interview about the book and life as one half of The Antipoet.

Paul has given some great insights here into life on the road, his favourite and worst gigs and festivals, and a sneak preview of what’s next for The Antipoet in 2019.

So, 2018 is the ten-year anniversary of The Antipoet. Did you think you would still be going strong when you started back in 2008?

We didn’t so much ‘start’ as evolve. There was no plan; no great mission statement; not even in our wildest dreams. We are, and always have been, a reaction to the way we are received.

The problem with setting out with a commitee perceived ‘big idea’ is that it can often be too rigid to be workable. We’d both been there and done that and didn’t want to do that again. The Antipoet just happened and has changed along the way. It’s an old cliche, I know, but listen to our first collection, then skip straight to number six and you’ll see what I mean. 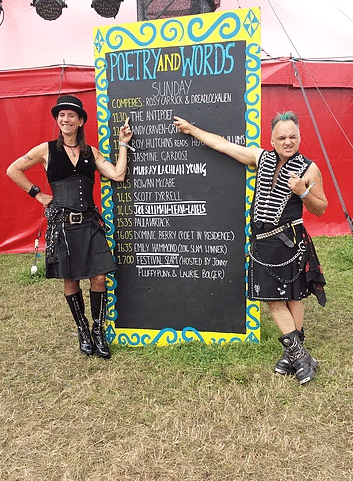 You have just released your latest book “Does My Bass Look Big in This?” which celebrates the tenth anniversary of The Antipoet. What was your motivation for writing the book?

People had been asking us for a while if we would consider doing a ‘best of’ CD for our anniversary, but for an act that relies solely on CD sales to pay our petrol money, that would not have been a very bright idea, as it would have made all of our other discs redundant. Doing a book with a live DVD, however.

You talked in the book about how poetry is not taken seriously by festivals and venues, and of the reluctance of venue owners, festival organisers and promoters to pay poets for gigs. Do you think there has been a shift and change towards poetry being more acceptable and mainstream or is there a long way for it to go to achieve that?

Some poets are taken seriously and some even make a good living from their art. I think that the reason that we aren’t taken as seriously is some of our peers is because we dabble with the fourth wall. We pastiche ourselves and we make our point through comedy. Neither punter nor promoter ever really knows whether we are taking our art seriously enough to warrant their
respect.

What is the best compliment that has been given to The Antipoet, either by a fan or critic/journalist?

It’s a toss up between the email that we received from a concerned parent who asked: “How does one get the words to ‘Gimp Night Down At The Fighting Cocks’ out of the head of a seven year old before school on Monday morning?”

And the comment that we had from the organisers at the Larmer Tree Festival, that the most frequently asked question at their information desk that year was: “what time are The Antipoet on?”

And the worst compliment that has been given to The Antipoet, either by a fan or critic/journalist?

We were called misogynists by a girl in Watford who was wearing a PVC catsuit complete with mask, whip, tail and six inch heels, who took exception to our ‘Tights Not Stockings’ and I was once accosted by an elderly gent in a library in Stony Stratford who had misunderstood the sentiment behind ‘Little Old Lady’. 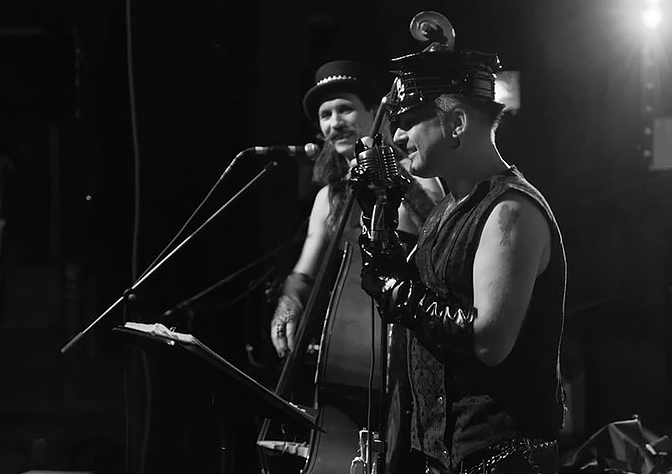 Much of your work is political or focuses on turning real-life things into humour. Did you intend for this, or was it something that evolved as The Antipoet grew and evolved?

Actually, I think most of our material centres around taking the piss out of ourselves.

What is the best gig The Antipoet have played at to date and why was it the best one?

*from my point of view it was, without doubt, the foyer warm up slot for Adam Ant in Watford, 2017. He was the man who got me through all those horrendous years of bullying at school and who was the inspiration for my writing and performing career.

And the best festival?

I’m torn between Larmer Tree in Dorset, for its gorgeous setting; clean toilets and general middle classness and the Blythe Power Ashes in Tewkesbury for all the fantastic characters we’ve met there and the welcome we received from year one.

By contrast what was the worst gig The Antipoet have played at to date, and why was it the worst one?

The Teahouse Theatre in Vauxhall. Nice venue, but not a soul showed up. We gave it an hour, then got changed and drove home.

And the worst festival?

Any festival that has turned out to have been a fete rather than a festival. 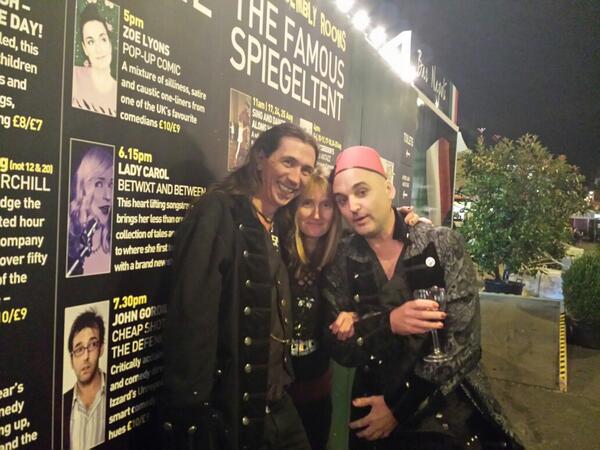 Do you think that The Antipoet will go on for another ten years?

We will continue until I run out of things to moan about.

What’s next for The Antipoet? Do you have any plans to record more albums, or add on more tour dates to places and festivals you haven’t been at yet,  for example?

Our next album ‘Punk Uncle’ is written and set to record this November for a May ’19 release. We would very much like to take the show out to the rest of the world. We’d also like our own Radio 4 series…

We’re available for weddings, barmitzvas and charities; wakes, coming out parties and pretty much anything else.

Oh yeah: We Play For Food….

Thank you so much Paul for the interview!

“Does My Bass Look Big In This: The Antipoet – The First Ten years” by Paul Eccentric is available to buy from Black Pear Press, price £10.00. It includes a 2-disc DVD set of some of The Antipoet’s best performances.

More information about The Antipoet and shop to buy their albums, as well as how to book them to play at your event or festival, can be found here – http://www.theantipoet.co.uk/. 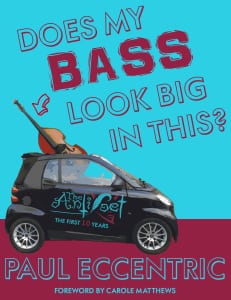 Niggling Business Costs That Relentlessly Eat Into Your Profits 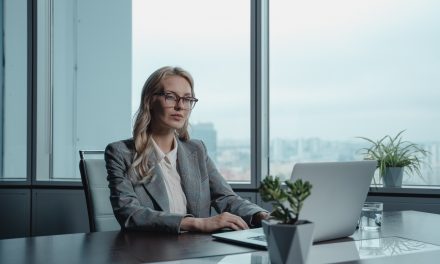 The Hardest Parts Of Being Your Own Boss 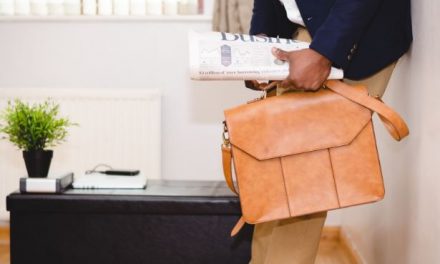 Simple Steps to Protect the Future of Your Start-Up