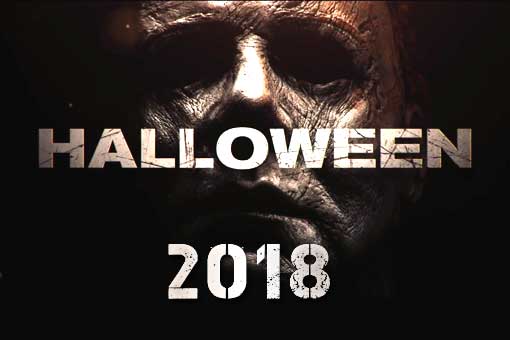 I’m generally not a fan of horror films and usually avoid watching them like the plague. Although I do have a huge interest in all things to do with nuclear war I think that is because nuclear war seems more real because it really can happen. However, one horror film I do love and have watched many, many times over the years is John Carpenter’s “Halloween” from 1978.

While “Halloween” is one of my favourite films even though it a horror one I didn’t like any of the subsequent sequels and remakes. So, when I heard that yet another “Halloween” film was being made I groaned inside and thought I wouldn’t bother seeing it.

Then I saw the trailer for it:

I was hooked, because the makers of this new “Halloween” film have set it exactly 40 years after the first “Halloween” film took place on October 31 1978. For the film to work you have to suspend your disbelief and “pretend” that all the other “Halloween” sequels and films never existed. 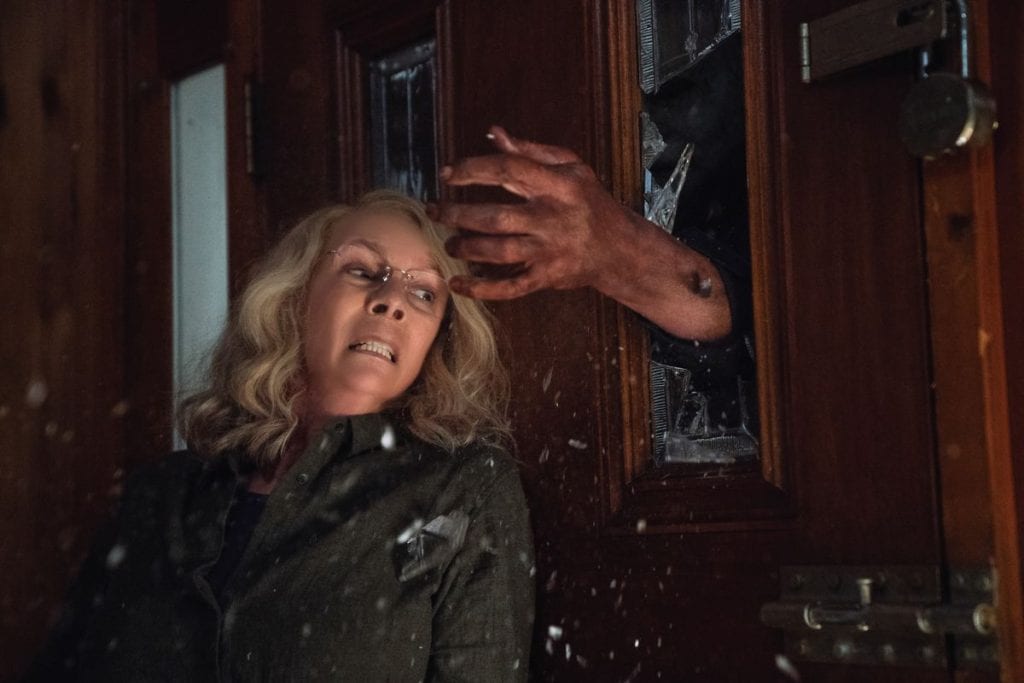 It is exactly 40 years since “he” came home, and Michael Myers went on a murdering spree in Haddonfield, Illinois. Having narrowly managed to miss killing teenager Laurie Strode Michael is incarcerated in a high-security mental institution.

A pair of investigative journalists visit Michael in the facility just before he is transferred to a new institution, and one of them holds out his mask. Michael doesn’t speak or acknowledge the mask, and the journalists leave.

Laurie Strode is now estranged from her daughter and granddaughter, having spent her life since that night 40 years ago teaching her family to protect themselves should Michael Myers ever return. When being transferred to the new high-security unit, the bus that Michael is travelling in crashes. He of course escapes and proceeds to go on another killing spree identical to the one he went on 40 years earlier.

En route he kills the 2 journalists and takes his mask back, then he proceeds to make his way to Haddonfield, killing innocent people in his path. Eventually he tracks down Laurie Strode, her daughter and granddaughter at her home but Laurie has set a trap for him. She sets fire to her house, and Michael is presumably burnt alive once and for all. 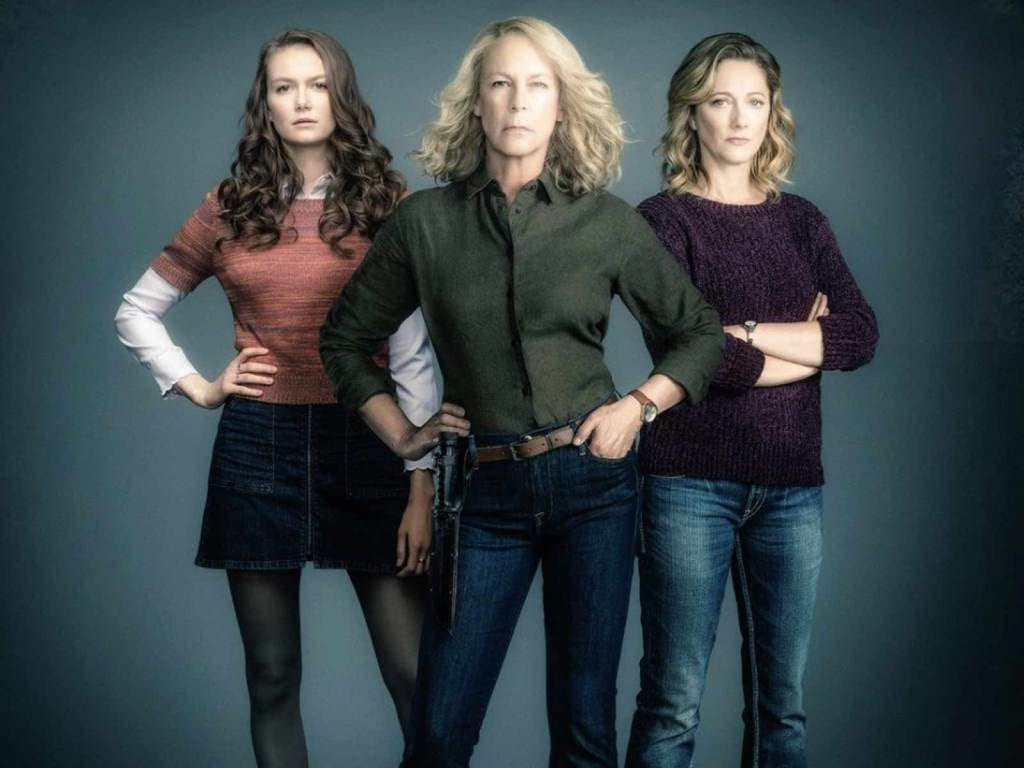 It Even Has 3 Generations of Badass Women Characters In It!

Yes, you read that right. Women in horror films tend to be portrayed as the victims, screaming their heads off and running for the hills as they escape whoever is trying to cause them harm. Not so in Halloween. We have 3 generations all in one film – the Grandmother Laurie Strode, the mother and the daughter. And all of them kick ass, especially Laurie Strode who sets her house on fire with Michael Myers in it killing him. Or does the fire kill him? The end is left open for yet another Halloween film, but if a sequel is made to this film I hope the makers stay true to the original format and not let the ghosts of sequels past deviate from the format that works well.

I enjoyed every second of “Halloween” 2018. I wasn’t sure if it would be any good compared to the first film, but I was gripped and on the edge of my seat for the duration of the film. It was so good to see Jamie Lee Curtis reprise her role after 40 years as Laurie Strode (let’s forget she was in “Halloween 2”) and the writers of the film managed to link together the 1978 “Halloween” film with the 2018 “Halloween” film perfectly.

There were a few clichés in the film of course, I mean, what were the odds of the bus carrying Michael Myers crashing and when it did, what could possibly go wrong! I am so glad as well that the writers stopped short of Michael Myers killing a small baby, instead we just see him stop at the cot while the baby is crying, and he just walks off. Phew!

Although “Halloween” 2018 doesn’t rival the original film, it is a triumph compared to all the other “Halloween” films that followed the original one in 1978. This was Jamie Lee Curtis’s film through and through, and the audience cheered when she made her first appearance on the screen again as Laurie Strode. The Laurie in this film is a survivor and fighter, unlike the scared teenager she was in the first “Halloween” film.

If you are into horror films I definitely recommend “Halloween” 2018.  The night he came home – again – has returned with a vengeance and is a huge triumph. 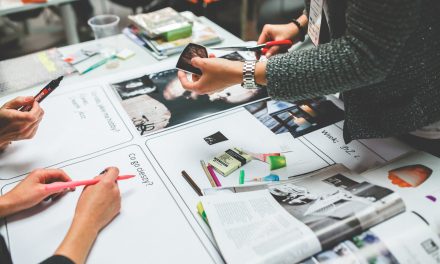 Infographic: The Hottest B2B Content Marketing Trends and Statistics in 2019 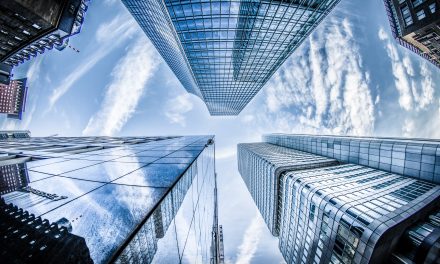 Leaving A Good Impression On Visitors To Your HQ 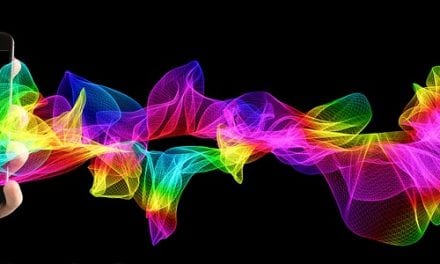 The Most Anticipated Upcoming Tech Releases 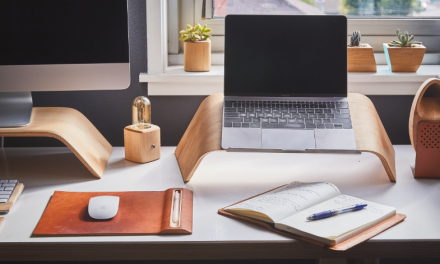 The 5 Best Things About Working From Home