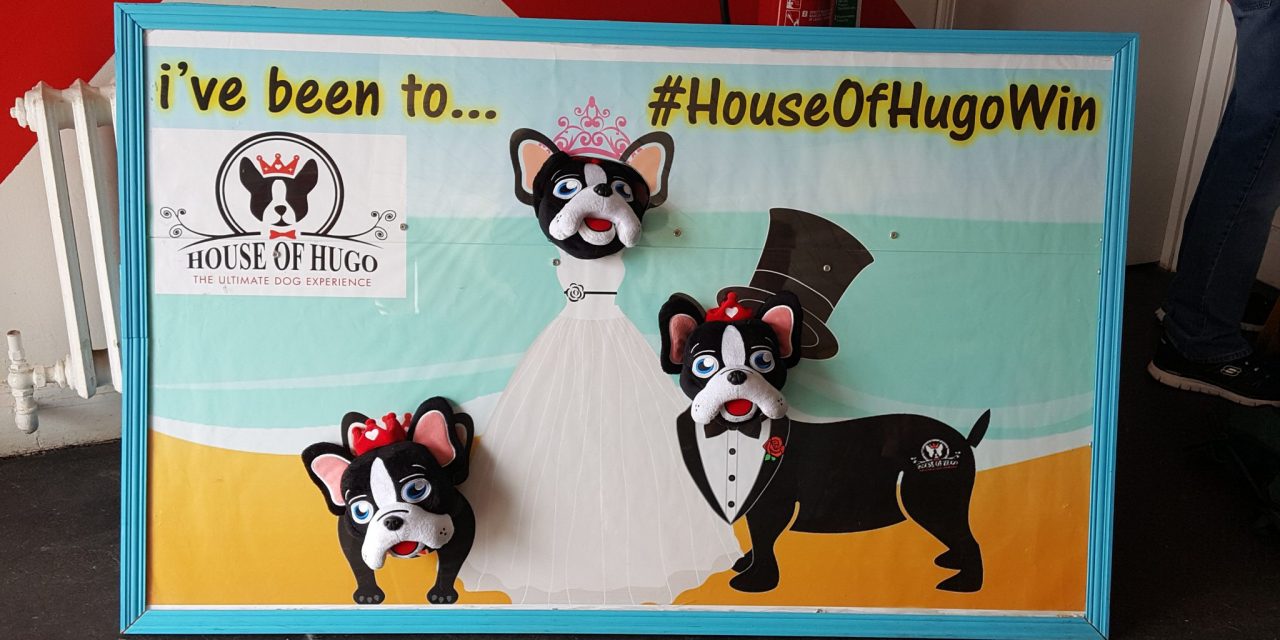 Some of you may remember this post that I wrote about the House of Hugo in Shoreham-on-Sea, which was the subject of a brilliant TV series on the Watch Channel in 2014 called “The Dog Hotel”.  Recently it was the sixth anniversary of the House of Hugo, and I was able to go and celebrate with Leon, Mia, Richard and the team at their Superhero Sunday anniversary party that they held on Sunday 17 September 2017.

For those of you who need a recap, the House of Hugo is a boutique style hotel with everything under one woof (pun definitely intended) for dogs.  Everything and anything for pampered pooches is available at the House of Hugo right down to comfortable rooms with double beds and plasma screen TV’s playing doggie related cartoons, a doggie spa and grooming parlour, a large swimming and hydrotherapy pool and a large doggie day care “pack area”, where dogs can spend their daytimes running around with their doggie friends and having lots of fun away from their owners while they are at work or away on holiday.

It was amazing to see Leon and his team again, they have come so far in six years and it was a huge honour to attend their anniversary party and celebrate with them. Leon organised stalls, hydrotherapy pool demonstrations, agility demonstrations, fun activities and a coconut shy and he even gave awards out to people who were nominated for Super Mum, Super Dad, Super Grandma, Super Grandad and Super Dog Owner. I nominated my wonderful Dad for a Super Grandad award, because I felt he deserved to be recognised as a Grandad (which he is, to my much loved and much wanted son Frankie who I lost to stillbirth in 2013 and to my beautiful furbaby Poppy) and he only won the award – I couldn’t believe it! It was such a shame that he couldn’t be there to receive his award as we did lots of walking around Brighton the day before and his feet were hurting, but I was so proud and so honoured to receive the award for him on his behalf. 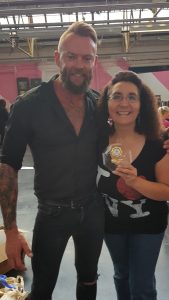 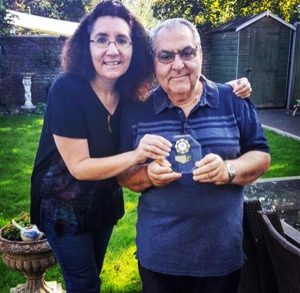 There were so many well behaved and good dogs at the party all getting along and enjoying themselves, and some were even dressed up in superhero costumes and looked so cute! I wish I could have taken Poppy to the party, but I was staying with my cousin in Worthing and Poppy doesn’t get on with her Spanna-poo dog Cypher, which is a huge shame.

It is so clear that Leon and his team just loves dogs and everything about them. Every part of the House of Hugo is designed with dogs in mind and for the comfort of every dog who visits, and not for their owners! His team are dedicated, caring and make you feel completely at ease about leaving your dog with them in their care, and they treat all the dogs in their care as if they are their own. It is rare that you come across people like that who put the care of the dogs they are looking after ahead of themselves. I love them all for that.

I can’t wait to see how things develop at the House of Hugo in the coming months. Leon has got some TV projects in the pipeline, a new manager Richard Bailey has come on board alongside Leon, they now open seven days a week and they have partnered up with Waifs and Strays to try and find homes for rescue dogs via their Facebook page – a very worthy cause and thing to do! I have followed the journey of the House of Hugo since I saw the series on Watch TV in 2014, and the only thing I can say against it is that it is such a shame that I don’t live closer! If I did I am sure I would be taking Poppy there for doggie day care, to have groom and wash, to have a swim in the pool and to have her nails done. There is nothing even remotely like it near where I live, and I just wish I could pick it up and transplant it from Shoreham-on-Sea to near me.

So for now all that remains for me to say is congratulations Leon, Richard, Mia and the rest of the House of Hugo team on your 6th  anniversary – here is to many more pawfect and pawtastic years! 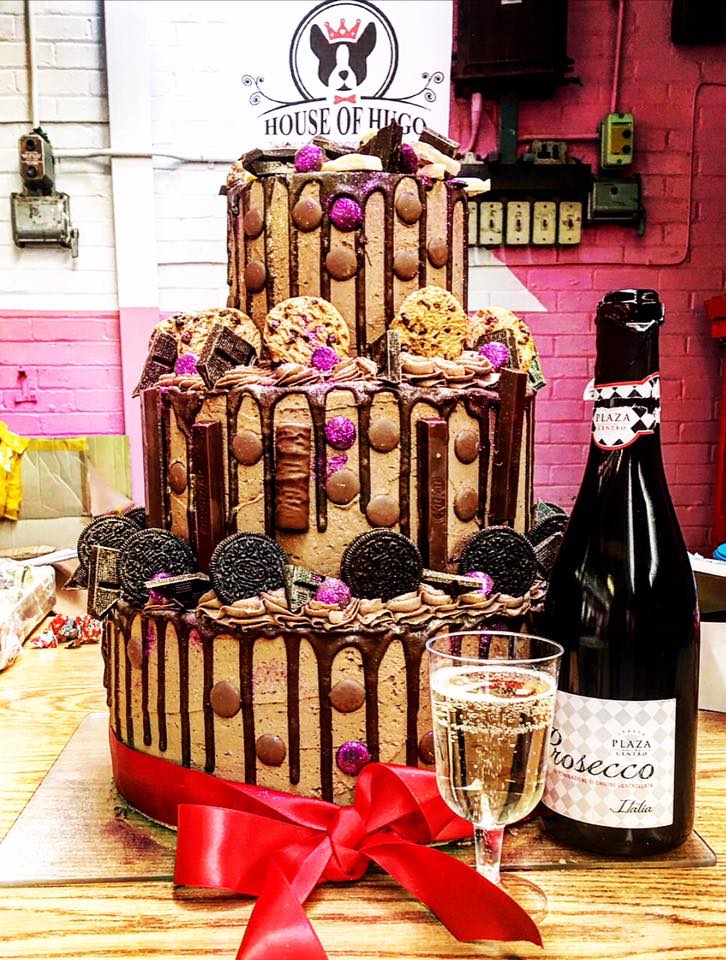 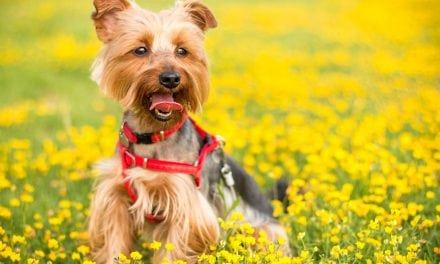 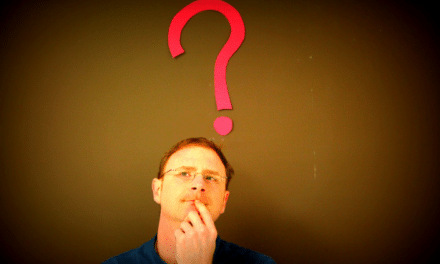 4 Questions Customers Will Ask You About Your Product 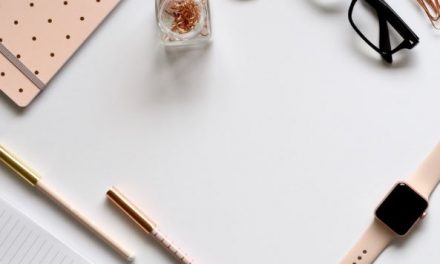 How to Make Your Business Look More Professional – on a Budget 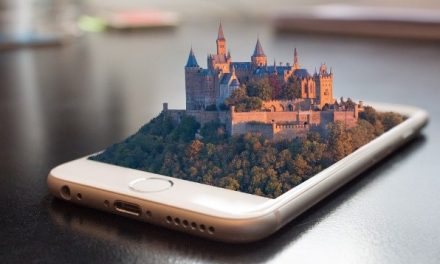 5 Ways to Get More Out of Your iPhone